Wins for support staff bonuses, fight against discrimination in schools 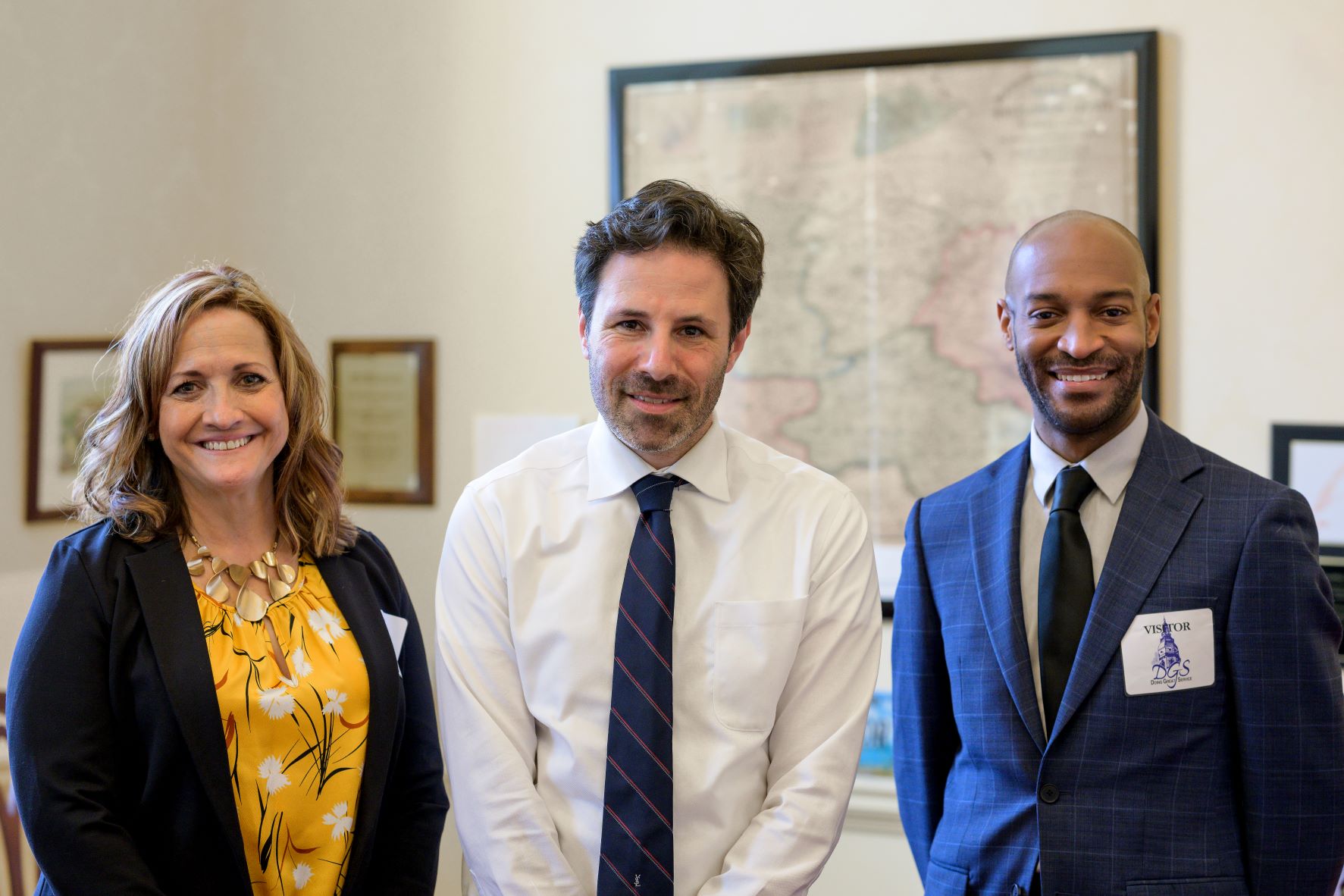 And other legislative updates in this month’s Up the Street

THIS MONTH IN ANNAPOLIS

Thanks to lawmakers and education advocates, legislation to improve salaries for education support professionals (ESPs) and anti-discrimination measures became law without Governor Hogan’s signature last Friday. Despite Hogan’s silence on the anti-discrimination law in House Bill 850and the ESP bonus bill in Senate Bill 831/House Bill 1349, their enactment still marks a significant achievement for legislators, educators and students. The bills were not included in Hogan’s previous public bill signing ceremonies, and a day before the deadline to sign, veto, or allow bills to become law without his signature, he included them in a group of these.

Thanks to HB850, for the first time, private schools will be required to meet the non-discrimination standards that apply to public schools. Sponsored by Delegate Jheanelle Wilkins (D-Montgomery) in the House and Sen. Cory McCray (D-Baltimore City) in the Senate, the legislation prohibits public schools and private schools that receive state assistance from doing discrimination based on race, ethnicity, color, religion, sex, age, national origin, marital status, sexual orientation, gender identity or disability. The MSEA and a coalition of allied organizations, including Disability Rights Maryland and FreeState Justice, have fought for this legislation for years, and the urgency to ensure such protections could not be greater.

SB831sponsored by Sen. Craig Zucker (D-Montgomery), and HB1349, sponsored by delegate Shaneka Henson (D-Anne Arundel), recognizes the work of ESPs during the pandemic with cash bonuses in FY23 and FY24. The MSEA saw this legislation as the next step, but not the last, to improve support staff salaries and a way to address the support staff recruitment and retention crisis.

Hogan has spent the pandemic criticizing educators’ efforts to deliver comprehensive virtual education and has consistently rejected legislation aimed at improving the virtual education experience for all students, vetoing House Bill 1163 and Senate Bill 362. HB1163sponsored by Delegate Alonzo Washington (D-Prince George’s), and SB362, sponsored by Sen. Paul Pinsky (D-Prince George’s), would have developed specific safeguards to support equity and higher quality virtual education if and when virtual education is provided. The MSEA testified in support of the safeguards, which would require the Maryland State Department of Education (MSDE) to provide local school systems with guidance related to teacher professional development and support to implement the virtual education best practices and to establish guidelines for virtual learning. Since the legislature will not reconvene until after the election of a new governor and a new legislature, there will be no opportunity to override Hogan’s misguided veto. The MSEA will build on this year’s work and partner with future legislation to ensure that students receive the education they are due when virtual options are employed.

Hogan also vetoed a modest tax break for union members in House Bill 172. Sponsored by former public school teacher and House Majority Leader delegate Eric Luedtke (D-Montgomery), the law would have allowed union dues to be subtracted up to $300 from your taxable income when filing taxes. of State.

Education Experts Wanted by Blueprint Accountability and Implementation Board

Educators have the opportunity to advise the Accountability and Implementation Board (AIB) that implements Maryland’s Blueprint for the Future. BIA is looking for experts in four key policy areasearly childhood education, student support, career paths and high quality diverse educators. Applications close at midnight June 20 and candidates can use this link.

The national shortage of educators and difficulty in recruiting and retaining them was central to the discussion of the U.S. Department of Education’s proposed budget for federal fiscal year 2023 during the Hearing of the House Subcommittee on Labor, Health and Human Services, Education and Related Agencies May 25. “The profession is in crisis,” Education Secretary Miguel Cardona told lawmakers.

Cardona requested $468 million in its proposed budget to expand the community schools program to 800 schools across the country. He stressed the need to mental health supports as part of expanded comprehensive services to address pandemic recovery, poverty, inequality, and other conditions that can lead to family and community crises, such as school violence. Items in the proposed budget include $1 billion to hire mental health staff and provide mental health training to educators, $350 million for recruitment and retention of educators, and a $1,775 increase (10%) per student for Pell Higher Education Scholarships.

Following the murder of 19 fourth-grade students and two teachers, Cardona also addressed the terrors of gun violence in schools with the Congressional committee. “We need help, and we need help now. … The time for thoughts and prayers alone is over. We need action,” Cardona said a day after the school shooting. Uvalde students and educators are the latest victims of decades-long school gun violence as the NRA and many Republican lawmakers blocked laws to restrict access to weapons of war the shooter d’Uvalde and others have used.

Committed to the safety of students and educators, the National Education Association (NEA) and the American Federation of Teachers (AFT) continue to call for stricter laws to limit access to firearms, ban assault-type weapons like Maryland has done, and pass a national red flag law like Maryland’s to keep those who pose a threat to themselves or others to be able to buy a firearm, among other measures. They are holding rallies for National Gun Violence Awareness Day (Friday, June 3) demanding a future without gun violence and establishing Wear Orange Weekend June 3-5, asking their supporters to wear orange in the honor of communities affected by armed violence.

Chronic inaction by federal leaders on gun safety inspired students to lead the March for Our Lives in 2018 after the Marjory Stoneman Douglas High School massacre in Florida. Due to the appalling gun violence that has continued to claim the lives of students since then, they are staging hundreds of protests across the country on June 11, with a large rally on the Mall in Washington, D.C.

Treasurer Dereck Davis announced Thursday that sound financial planning in Maryland earned it the highest possible bond rating from the three major bond rating agencies: S&P Global Ratings, Moody’s Investors Service and Fitch Ratings. Maryland is in the enviable position of continuously holding that AAA rating longer than any other state, and that bodes well as Maryland forecasts a $1.05 billion bond sale.

As the July 19 primary approaches, poll numbers are improving and support is growing for candidates recommended by the MSEA. Among Democrats, gubernatorial candidate Wes Moore and delegate comptroller candidate Brooke Lierman (D-Baltimore City) won a straw poll at the western Maryland Democratic summit. A recent public poll suggests a two-way gubernatorial primary race, with Wes Moore closing in on Comptroller Peter Franchot, whose poll numbers have been flat for months.