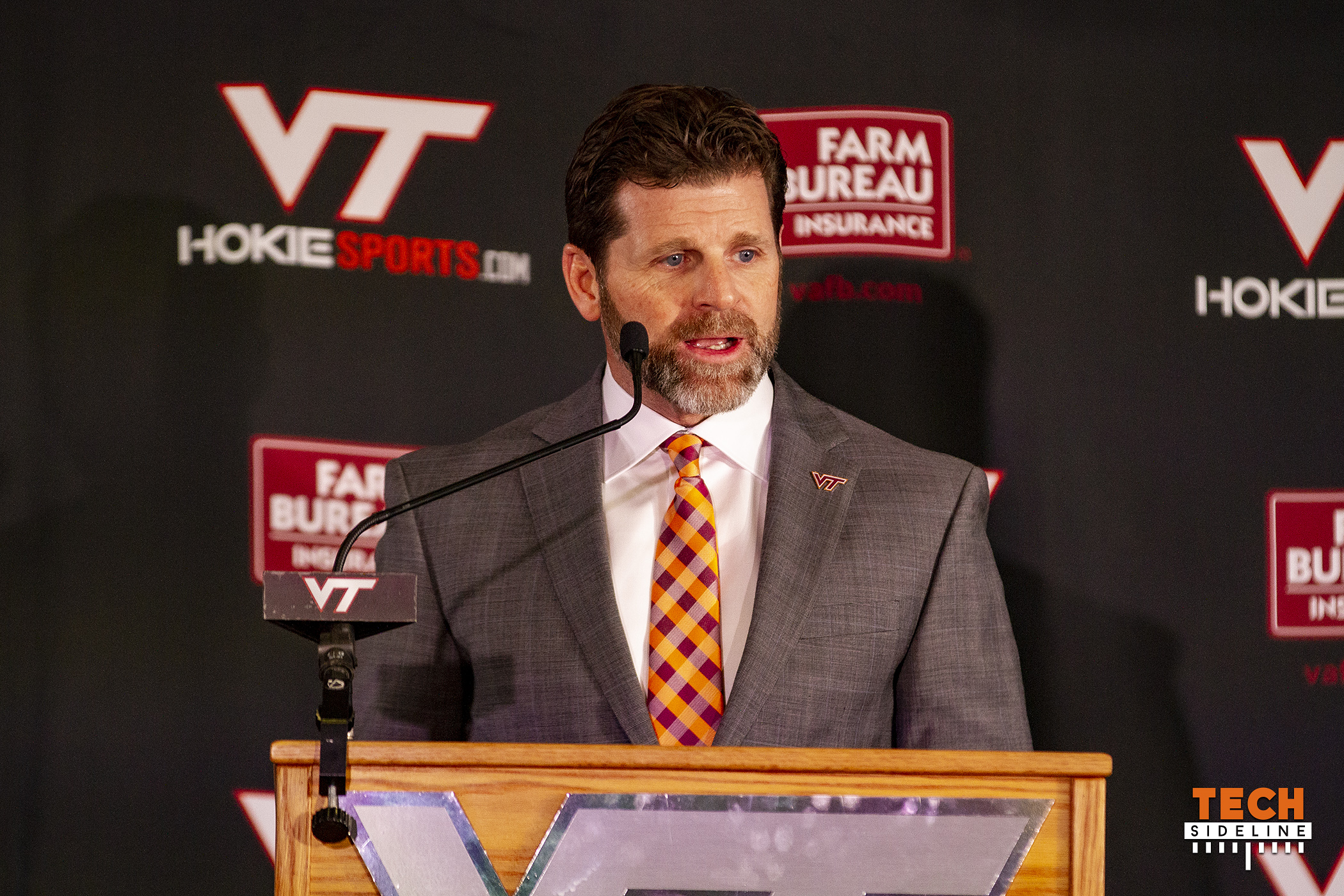 Gouveia-Winslow was a linebacker for the Hokies from 2008 to 2012 and joined the staff in 2020. Lupinetti came to Tech from Pitt, where he was a student assistant in the football recruiting office. Jarrett played for Tech from 2011 to 2014 and worked with the Washington Football Team before returning to Blacksburg in 2021.

As for new additions, there are three, all joining Tech’s recruiting staff: Camie Cole Nations, Jalyn Ballein and Glenwood Ferebee.

An LSU graduate, she was a student assistant while at Baton Rouge. Cole Nations spent two seasons earning his Masters of Science in Sports Administration while working for the athletic department behind the scenes. The Tupelo, Mississippi native spent a year at Austin Peay, where she served as director of the campus recruiting program and then director of football operations.

Jalyn Ballein joins Virginia Tech as Director of the Campus Recruitment Program. She ventures to Blacksburg from Wake Forest, where she held the same title for a season, with the head coach’s assistant. Ballein is the daughter of assistant technical athletic director John Ballein and men’s basketball chief of staff Stephanie Ballein.

A Blacksburg native and alumnus of Blacksburg High School, she graduated from Georgia Southern. While at Statesboro, she served as director of the on-campus recruiting program.

Glenwood Ferebee has been around high school football since the late 2000s. He will serve as Virginia Tech’s director of high school relations, and he’s well suited for the role.

Ferebee was the head coach at Lakeland High School in Suffolk, Indian River in Chesapeake and Julius Chambers in Charlotte, North Carolina. He only has a year of college experience — he was Hampton’s quarterbacks coach and offensive coordinator in 2013 — but he’s a veteran in the high school ranks.

For additional analysis (subscribers only) from Chris Coleman on the different assignments in these three roles, as well as the duties of Mike Villagrana and Michael Hazel, click here for the Friday, January 28 Q&A.

Here is a breakdown of Virginia Tech’s current support staff.

A number of hires were previously announced: Dwight Galt IV, Mike Villagrana, Michael Hazel, Brian Crist, Xavier Adibi, as well as the six additions between the strength and conditioning staff and the performance staff. 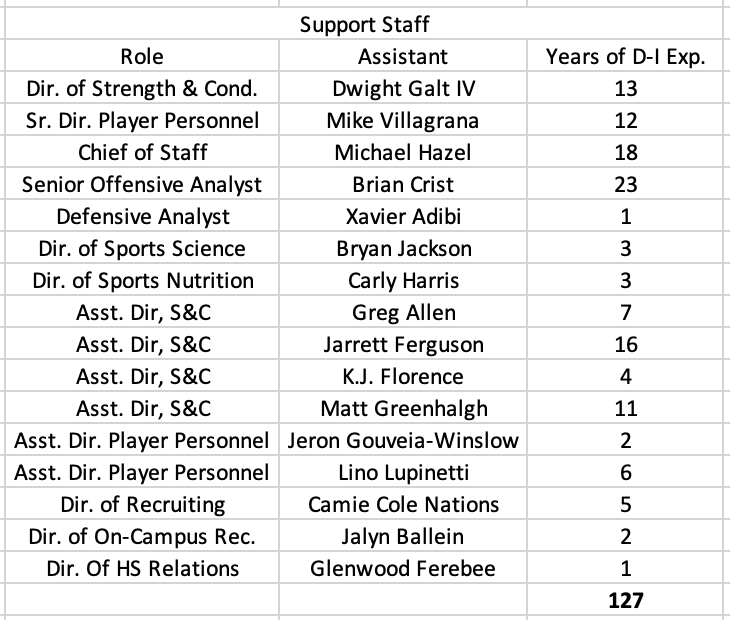 They are a group with a lot of experience, especially at the top. What doesn’t show are the playing careers of Gouveia-Winslow and Adibi, as well as Ferebee’s educational background, among others.

They’re a veteran support staff, and it’s clear that Brent Pry used that $2.25 million budget that was given to him.

For all of the stories related to assistant coach hires or additions to Pry’s support staff, click here.