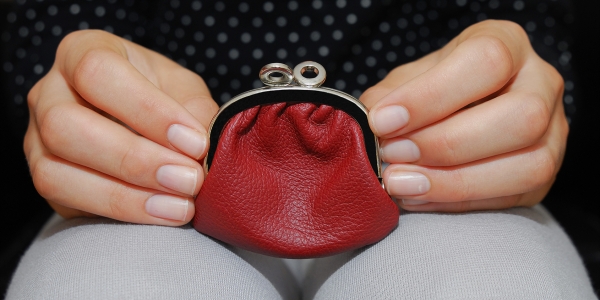 Schools are facing problems recruiting and retaining their support staff with low salaries, combined with the cost of living crisis, causing many to consider jobs outside of education.

A Your A survey found that headteachers find it difficult to fill vacancies as staff find they can earn more in retail roles where they are paid similar hourly rates but can work shifts. longer shifts and have year-round contracts.

Meanwhile, support staff said Your that they think about their positions because their current salaries are insufficient to make ends meet, given the recent increases in the bill and taxes.

A cover supervisor said she was considering changing jobs at a supermarket because of higher pay and less stress, while a specialist school principal told us a teaching assistant confided that she could not afford to change her child’s diapers.

Local government pay scales for support staff outside London start at £18,333 a year, although staff on fixed-term contracts can be paid less than this.

The Department for Education says schools are free to set their own pay terms for support staff if they wish, but headteachers have said Your that they “have their hands tied” by constrained budgets.

The charity Living Wage Foundation suggests that the living wage in the UK – a figure calculated by the Resolution Foundation think tank – is £9.90 an hour. The organization does not publish the salary as an annual salary, but if someone worked 37.5 hours a week for a full year on £9.90 an hour they would earn £19,305 a year.

School leaders ‘have no candidates’ for roles

Paul Gosling, headmaster of Exeter Road Primary School in Devon and new chairman of the NAHT Head Teachers’ Union, said that in recent months his school had received no applications for some jobs while that in the past they would have had 10 or more.

He also said that on some occasions he offered jobs to candidates only for them to turn him down due to low pay.

He said: “Candidates will sit down and calculate their salary and see, ‘here I can get 38 weeks whereas at Tesco I can get 52 weeks with holiday entitlement’. We are in a competitive market and we can’t compete.”

Mr Gosling added that the cost of living crisis – with rising energy bills and food prices – was having a “massive impact”, and said he currently knew of a local secondary school that currently had seven vacancies for teaching assistants.

He added: “I don’t know where it ends. The danger is that we have children who need individual support – they have a statutory right to have a teaching assistant in the classroom, for example – and if we can If we don’t get people to talk, we can’t take responsibility.”

Dan Morrow, Managing Director and Head of Trust at Dartmoor Multi Academy Trust, said Your that staff in administrative positions at schools in the trust had told him that he planned to leave to work in supermarkets because he could earn more due to the greater range of shifts on offer.

He also said there were several vacancies in support staff within the trust which “literally have no applicants”.

Mr Morrow added that the trust was planning a salary increase this summer, but was somewhat reluctant to do so as it would put pressure on other schools to do the same when they could not. maybe not afford it.

He said: “What we really need is a systemic response in terms of funding being given – not schools competing with each other.”

Emily Haddock, principal of Kisharon School – a special free school in London – said one of her teaching assistants told her she could only afford to change her child’s nappy three times a day .

She said the recent National Insurance hike was ‘crippling’ her staff and, although she had tried to make up for the damage by raising salaries – providing free school meals to her staff and providing essentials such as only sanitary products – it was just a “glue plaster” on a broken system.

Funding must increase to enable staff to afford to live, she added.

A West Yorkshire blanket supervisor, who wished to remain anonymous, said she was considering taking a job in a supermarket due to the recent bill hike.

She said: “The staff often joke together, ‘I’ll see you at the checkout at Aldi’, but I’d probably watch that for now.

“It’s gotten ridiculous since the cost of living crisis hit. I’ve been living check after check, we have no savings. I’m on street pay. If I get a surprise bill, I have to see her.”

Similarly, an IT team manager at a major academy, who also wished to remain anonymous, said he was unsure how schools were going to cope and that the cost of living crisis had “fueled” the problems of recruitment of its teams.

He said: “Money is hugely important as it’s squeezed and families are making cuts.

“We have to think about fixed-term contracts only: are they viable for people on tight budgets who need full-time contracts?”

Schools have their hands tied

Louise Hatswell, terms of employment specialist at the Association of School and College Leaders, said it was “not surprising” that school support staff were actively considering their positions because their pay levels had been “directly affected by years of pay cuts in real terms”. “, while the cost of living had” rapidly increased “.

“Schools are very aware that salary is an important factor in both attracting and retaining staff, but they largely have their hands tied because they simply don’t have the money in their extremely limited budgets. for the salaries they would ideally like to offer,” she said.

Ms Hatswell said schools couldn’t ‘run properly’ without an array of support staff and a recruitment crisis was the ‘very last thing’ education needed, but ‘that’s exactly what we could have”.

Mike Short, head of education at Unison – which represents more than 250,000 members in support staff roles across the UK – said it was “shameful” that people supporting children’s education “Have a hard time putting food on the table and paying the bills.”

Laurence Turner, head of policy and research at the GMB union, said many schools were “struggling to recruit the support staff needed to deliver an effective and inclusive education to pupils”.

The cost of living is soaring

Inflation – which reflects the rate at which the prices of everyday items rise – sits at 7%, while at the start of this month the energy price cap – the maximum rate at which energy companies can charge households on standard gas and electricity deals – up 54 per cent.

From July 6, the wage threshold at which workers start paying National Insurance will rise to £12,570, meaning anyone earning less than around £35,000 will pay less National Insurance from that time, although many will face pressure until then.

Your has already pointed out that some teachers have been ‘using food banks’ as cost of living crisis hits.

A spokesman for the Department for Education said: “We are grateful for the work of all support staff in education and appreciate their importance in helping students learn. We also understand that the rising cost of life concerns people across the country.

“It is up to schools to set the salaries of their support staff based on their own circumstances. Cost increases should be seen in the broader context of school funding. In 2022-23, base school funding will increase by £4 billion from 2021-22 – a 7% increase in cash terms per pupil – and this will help schools cope with greater cost pressures.”