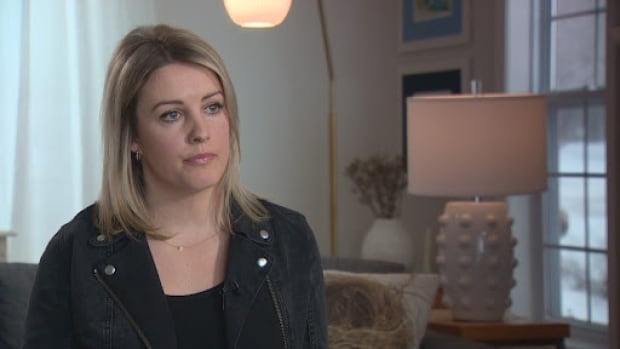 Brandy Williams has an Instagram account full of photos of stylish bedrooms and delicious meals, which is what you’d expect from a dietician with a passion for interior design.

But her 12-year struggle to have a baby is also part of her social media story.

She was remarkably candid about her miscarriages and her decision to try in vitro fertilization.

In November, she exuberantly posted that an embryo had been transferred to her womb. She said she and her husband were so excited that they recorded a message for their future child.

A few weeks later, she posted a heartbroken selfie. The embryo did not implant, she explained. “We’re gutted,” she wrote.

Tonight, Williams takes another step to promote awareness and compassion around baby and pregnancy loss.

As a volunteer with the registered charity NB COPES, which stands for Connecting Others, Provide Education & Support, she is helping start a new support group in Saint John.

For six consecutive Tuesday evenings, families and bereaved can come together for art therapy workshops at the Creative Connections studio on Prince William Street.

The program has no religious message or affiliation. The idea is simply to bring together people who may feel isolated by a kind of widely shared but rarely talked about grief.

Brandy Williams, a woman from the Saint John area, says it’s time to be more open about the grief that comes with infertility and miscarriage.

“Pregnancy loss has almost become a taboo subject,” said Diana Dupont, vice president of NB COPES and registered nurse faculty member at the University of New Brunswick. “Nobody talks about it and yet it is common.”

According to the Public Health Agency of Canada, almost 16% of couples have fertility problems, 15-25% of pregnancies end in miscarriage and the fetal mortality rate is 8.1 per 1,000 births. total.

Dupont also puts a face to those statistics, having lost a pregnancy in 2015.

“I was actually 19 weeks and two days old when I lost Nora,” she said.

“I remember this because I often recall that if I had waited five more days to ‘deliver’ her, she would have been 20 weeks old and I would have an official birth certificate.”

Dupont said people may not have words for what they feel, but they do have a lot of emotion and that’s where the art comes in.

“These emotions can come out through art, and if people choose to talk about how they feel, that’s really welcome.”

For those who want to talk, Williams will be there to provide peer support.

“I think society expects us to get back to normal and go about our day,” said Williams, who struggles with feelings of shame and guilt.

“You go to work, you do what needs to be done, and then you come home and lie on the couch and you’re probably crying,” she said.

“And if you’re dealing with recurring losses, that’s compounded. The grief can get heavier.”

Williams said women can have feelings of inadequacy, guilt, and a sense that they can’t trust their own bodies.

She can also attest to how fertility treatments can contribute to emotional fragility.

“When you stop taking hormone medication, your mood is different,” Williams said.

“Hormones can affect anxiety and depression. On top of that it’s grief and your nervous system is a mess.

Williams said people who haven’t experienced these kinds of losses often don’t know how to respond with compassion.

“It’s uncomfortable,” she said. “We’re making the public a little more aware that you don’t have to say anything. You just need to be there for someone and validate that you know what they’re feeling is normal. instead of saying, ‘Well, you can keep trying.’

“When your grief is at its height, you don’t want to hear these things.”