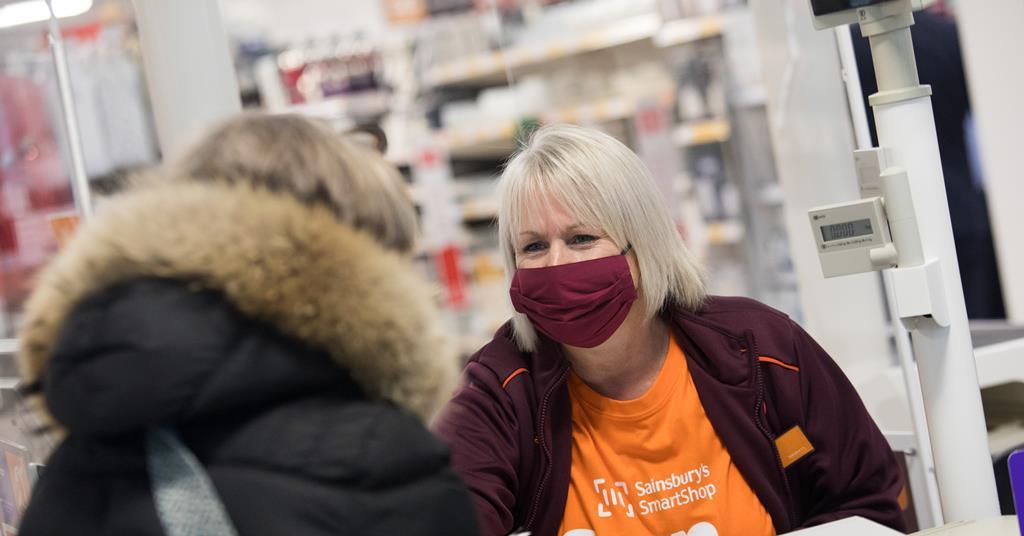 Sainsbury’s said it was committing to remunerating staff ‘as fully as possible’ just days before shareholders vote on a resolution that will determine whether or not it will be the first major UK supermarket to become a salaried employer vital.

After months of appeals from shareholders and activists, CEO Simon Roberts says the company is committed to ‘paying our colleagues living wages and making sure we support them as much as possible’ .

Roberts was recently criticized for pocketing £3.8million in salary and bonuses at the same time as reports surfaced retail staff had to use food banks amid the cost of food crisis life.

He told reporters on Tuesday that he was aware his job was “privileged”, but was “absolutely committed and determined to continue to ensure that we are doing the right things for our colleagues and our customers”.

“It’s a difficult time for everyone and our colleagues working in the workshop are doing an amazing job and I’m spending as much time as possible making sure we’re doing everything we can to support them,” said- he added.

Earlier this year, the grocer became the first publicly traded company to be hit by a shareholder resolution – led by activist investor coalition ShareAction – to become a Living Wage Certified Employer.

Following mounting pressure from investors and the public, Sainsbury’s raised salaries for all staff across the UK to ensure they met living wage standards.

However, he has not announced that he will join the foundation representing workers’ rights – which often sets its living wage rates based on current inflation rates and other financial parameters.

Read more: Is the criticism of the exorbitant bonuses of supermarket bosses in the context of the cost of living crisis justified?

Moreover, it has not extended its commitment to contractor staff such as cleaners and security guards. Sainsbury’s spends around £500million a year on contracts, compared to just under £4billion spent on its own labor bill, Roberts said on Tuesday.

He added that the “vast majority” of contracted colleagues were paid “at or above living wage”, and that he continued to work with contracted staff “to encourage them to do so”.

He reiterated that Sainsbury’s was an ‘industry leader’ when it came to co-worker pay, having been the first major supermarket this year to raise wages, and that he preferred to continue making the decisions for himself ‘everything as we have been for the past five years.

The company is expected to face a vote at the next general meeting of shareholders this Thursday, June 7. The case for Living Wage accreditation recently garnered further support from the public, as more than 100,000 people signed a petition asking Sainsbury’s to officially commit.

📣 Over 100,000 of us support the call for @sainsburys become a living wage employer.

The group behind the petition has also released a report detailing the challenges facing retail workers in the current economic climate.

“Organise members who work at Sainsbury’s are choosing between feeding themselves and heating their homes,” said Roxana Khan-Williams, digital campaign manager at Organizes.

“They are using food banks despite working full time, so they are asking for a fair share of Sainsbury’s profits to be returned to them in the form of a genuine living wage.”