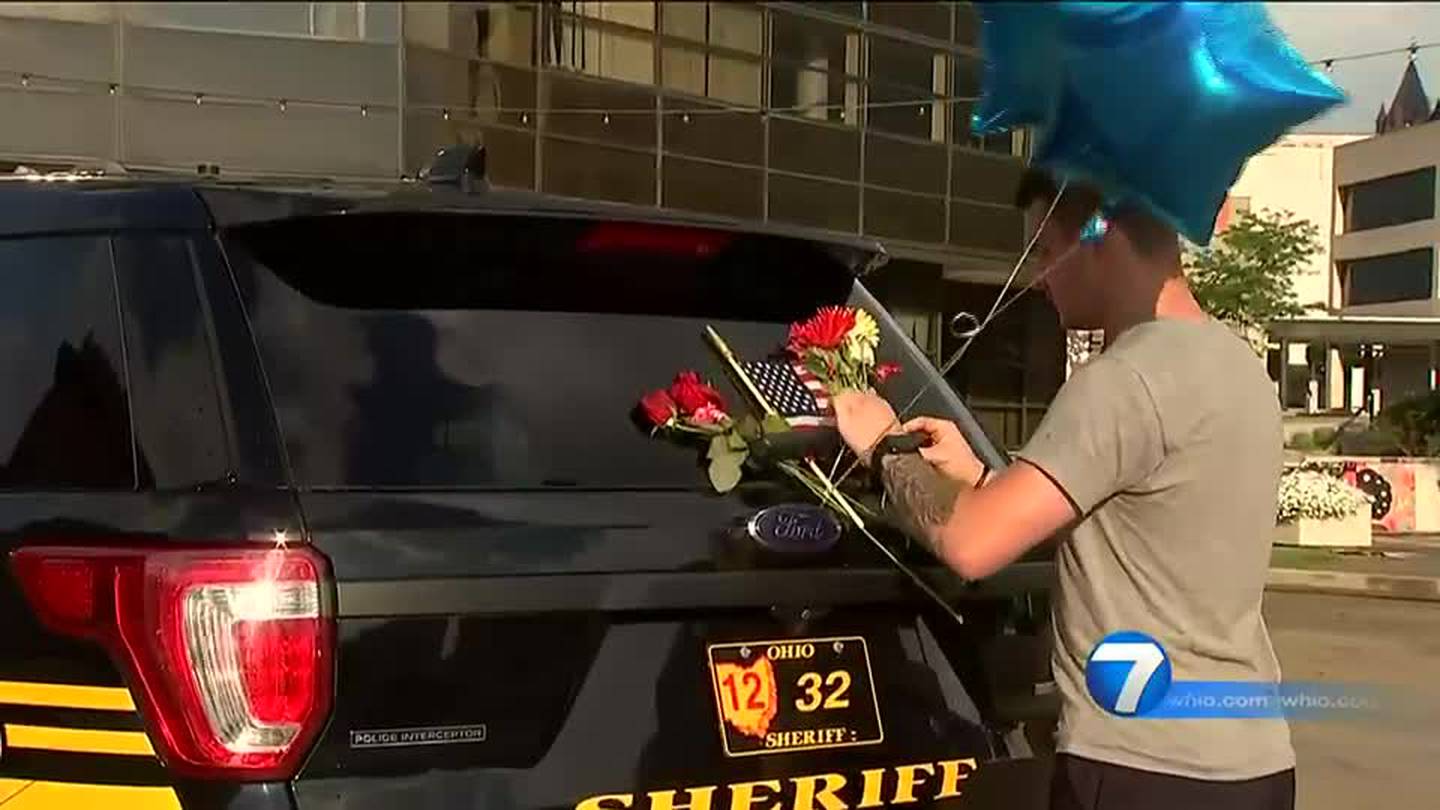 CLARK COUNTY – A national nonprofit created to support fallen officers, military service members and first responders is doing what it can for the family of Clark County Sheriff’s Deputy Matthew Yates , who was killed on Sunday when he came under fire while responding to a call. shots of gunfire at Harmony Estates mobile home park.

Arthur Solomon, who told News Center 7’s Brandon Lewis that his wife worked with Yates for a few years, said he felt compelled to stop and see the memorial to the 15-year-old veteran – a cruiser from sheriff in the square outside the town of Springfield. Hall now overwhelmed with bouquets of flowers.

“He impacted so many children and families,” Solomon said. “It hurts to be here today.”

Support for Yates and the people he leaves behind comes not only from local people, but also from national organizations such as Luke’s Wings.

The Washington, DC-based nonprofit is paying for two of Yates’ out-of-state family members to travel to Ohio for the funeral.

“Being together, being with someone who has been hurt or being able to be together in a time of grief is absolutely priceless,” said Shannon Killian, the organization’s director of family communications and logistics.

When Luke’s Wings was founded in 2008, she said, the organization helped pay for travel plans for family and friends of injured service members and veterans.

“Over the past two years, we recognize that there is a significant increase and unfortunately an increase in demand among our law enforcement and first responders who are often killed or injured in the line of duty” , said Killian.

According to the Officer Down Memorial online page, there is a 9% increase in the number of officers who have been shot compared to this time a year ago.

“It’s an increase in demand, unfortunate as it is to say that, and we feel compelled to serve some of the most selfless servants we have in our country,” Killian said.

If you would like to help Luke’s Wings continue the service it provides, you can check out lukeswings.org.

Caregiver Support Group at The Beacon