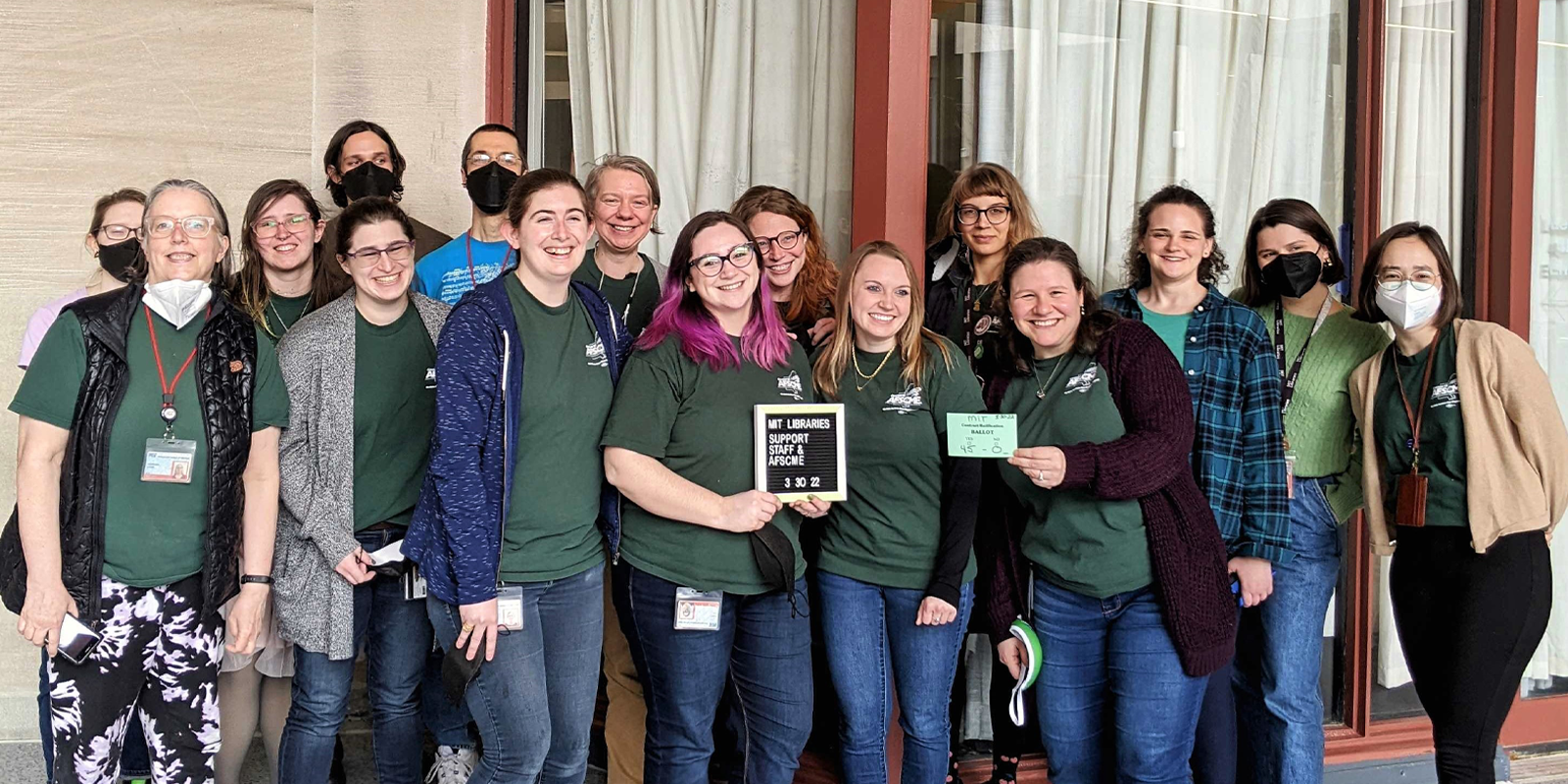 “A lot of this started in mid-2018,” recalls Lara Day, associate at the institution’s library in Cambridge, Massachusetts. “There was a lot of continued distrust from our management. We sometimes had the opportunity to comment, but rarely anything came of it. We had made our voice heard, but there was no change. Or, we would say things and direction would do just the opposite.

Day says things hit a breaking point when one of the libraries underwent a major renovation. Support staff shared ideas for what the renovation should look like, as they were among the most familiar with the library workspace. But their contribution was ignored.

“They just kept showing they didn’t appreciate what we were saying,” Day says, referring to the management.

So, in mid-2019, Day and a small group of staff members started talking about forming a union. When they pitched the idea to colleagues at different locations at MIT, they learned that their peers were also considering unionizing.

The issues they faced were bigger than not having a voice. There was also the issue of wages. Staff were asked to voluntarily share what they earned and how long they had worked at the library. The results, says Day, “were startling.”

“We’ve seen data on a clear disparity in pay between people of color and white people, and white men versus anyone else — for the same job title and the same tenure,” says Day. . “Part of the mission of MIT Libraries is diversity, equity, inclusion, and social justice. But that was not reflected in our staff.

They knew that forming a union was the best way to correct these inequalities and they decided to join the AFSCME Council 93 family.

The group then looked at different contracts to use as templates — several dozen, by Day’s count. They reviewed the contracts of their peers, such as Harvard librarians, represented by Harvard Clerical and Technical Employees Union (HUCTW)/AFSCME Local 3650, as well as police, facilities and customer service contracts.

COVID slowed negotiations with library management as staff focused on navigating their work during a pandemic, but by fall 2020 and into 2021 contract negotiations were well advanced.

“As those of us in the labor movement know full well,” says Mark Bernard, Executive Director of Council 93 and Vice President of AFSCME, “Getting a first contract can often be more difficult than the unionization campaign. The quality and strength of this first agreement is a testament to the unwavering determination of our new members and an excellent example of what can be accomplished when a group of courageous workers join forces with a strong and experienced union.

The new contract will provide better salaries, a fairer performance review process, reclassified job descriptions, funding for professional development, a fairer schedule system and what they have been fighting for all along – a sits at the table with management and a voice on the job.

“We know this is just the beginning of our journey as a collective and we’re thrilled to have such a strong foundation to build on,” Day said. “We look forward to using our voices to cultivate a more equitable, safe and respectful workplace.”