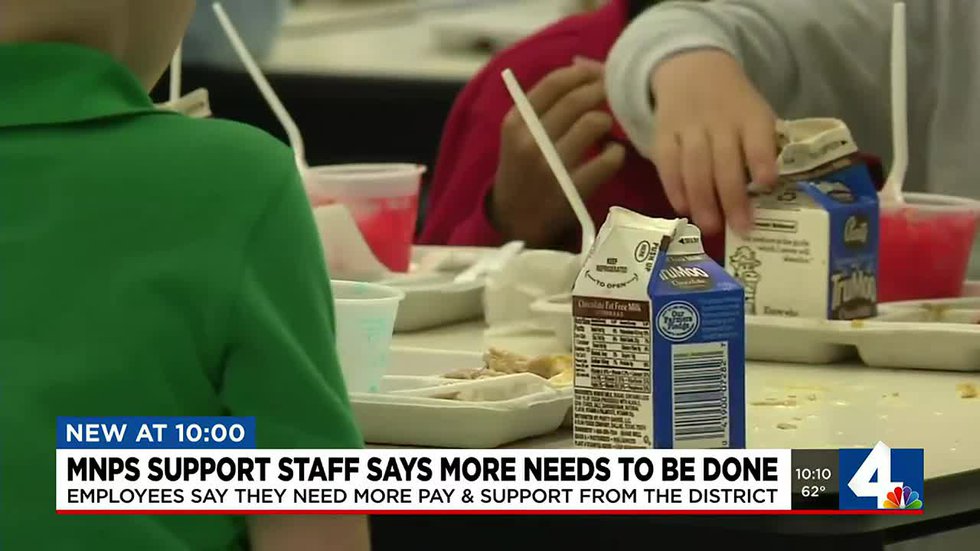 On Tuesday, the school board will meet to discuss the budget and employee compensation for the upcoming school year.

A few support staff said they think the district and city need to do more to take care of metropolitan school employees.

“I’ve invested 30 years of my life caring for our babies,” said Metro Schools employee Angela Perry. “I’m still no further than the day I walked through the door.”

Perry said that during the three decades she was with Metro Schools, she raised her own children to work two jobs.

“I only had a year that I only worked one job because I wanted to know if we could do it. We couldn’t,” Perry said.

The paraprofessional said she made $22 an hour. In good months, Perry will bring in around $1,800 after taxes. Almost all of that is spent on her $1,600 rent.

Donna Clay works in the cafeteria of a Metro school. She earns roughly the same as Perry. They both feel misunderstood.

On Tuesday, the school board will discuss pay increases for employees like Perry and Clay.

The proposed budget includes a 4% cost of living adjustment for all support and certified staff.

“It’s not going to make me or my co-workers fit to live in Davidson County,” Clay said.

Perry said a more significant adjustment would be 10%. That would give her an extra $180 a month to spend.

“At least I’m getting a little more than I could breathe and pay my bills,” Perry said.

She said she was tired of feeling watched.

“Respect me as the person I am and be your support and be here fighting for our children,” Perry said. “Respect him.”

News4 reached out to Metro Schools, but no one was available for a budget interview. News4 also contacted the mayor’s office, which worked with the district on the compensation plan, but did not receive a response.