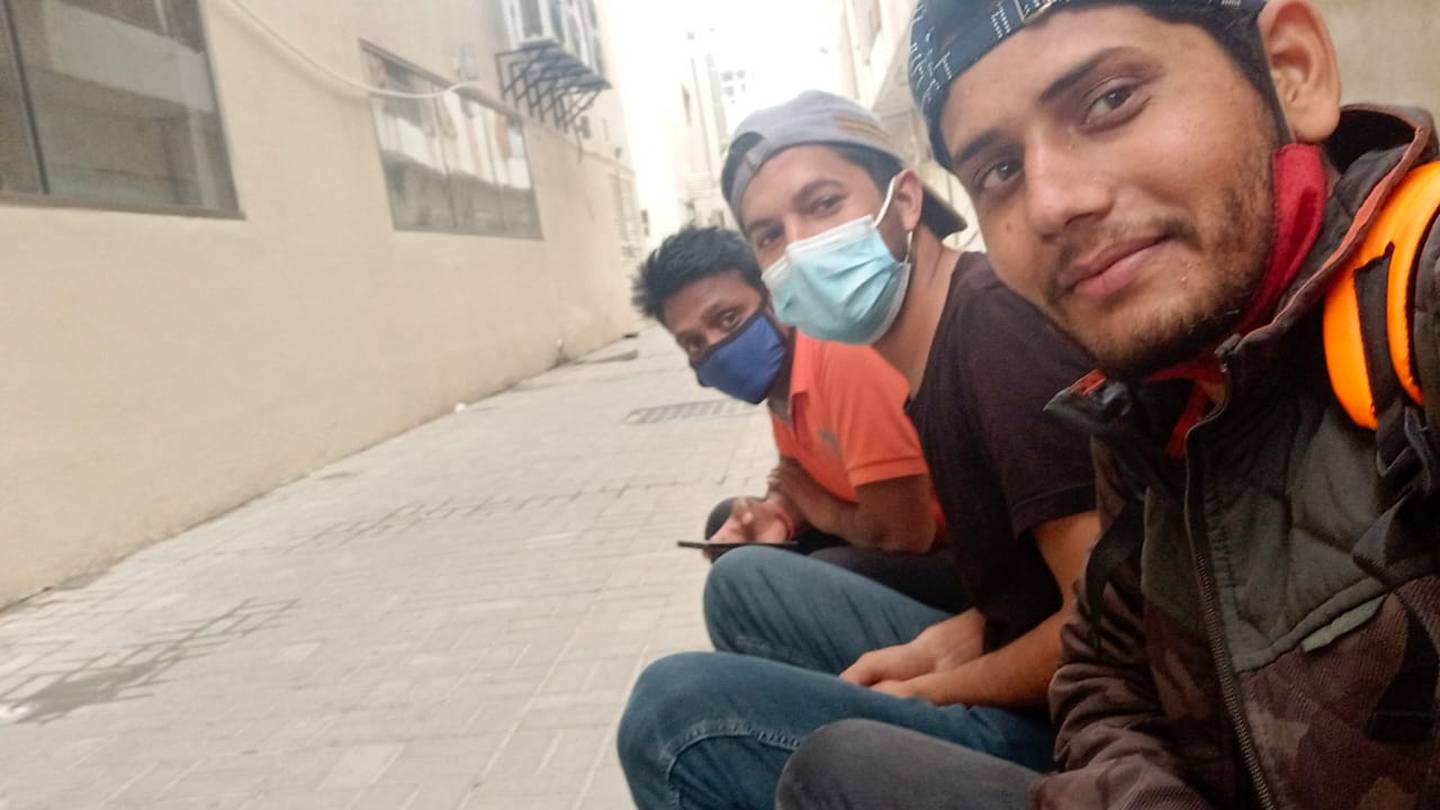 A group of volunteers working to rescue Indian victims from rogue recruitment agents have been inundated with requests for help from people in 18 countries.

Rescue Every Distressed Indian Overseas (Redio) launched this week with email and phone contacts posted on Facebook for those in distress.

It was started by a retired Indian diplomat, Dubai-based businessman and social worker, and has already helped more than 150 people since it began work unofficially in January.

Some of the victims he helped were in the United Arab Emirates, Saudi Arabia and Oman. They have been duped by corrupt agents, usually based in India, who charge victims fees for jobs that often do not materialize. He also helped sailors stranded in war-torn Yemen return home safely.

People are selling their land, their gold jewellery, mortgaging their houses to find jobs abroad

“People are selling their land, gold jewelry, mortgaging their homes to find jobs abroad. A lot of unauthorized people are selling false dreams in India,” said Dnyaneshwar Mulay, who served as secretary in India’s external affairs ministry and the country’s consul general in New York. The National.

“There are irresponsible recruiters who give false papers, appointment letters and exploit people.

“It’s really about making an effort so that people don’t suffer unnecessarily on board and can avoid horrific experiences when looking for a job overseas.”

The official launch took place at a reception in Delhi on Sunday with Meenakshi Lekhi, India’s Minister of State for External Affairs and Culture.

Calls for help from the Middle East to China

Despite warnings from embassies to only work with registered recruiters, men and women are entering countries like the UAE on visit visas in hopes of landing jobs and caring for their families left behind. in the country.

Redio has received dozens of calls from workers taking out large loans to pay agents who falsely guarantee jobs at companies based in countries from the Middle East to China.

The group of volunteers will bring together diplomatic missions and community workers abroad, seek help from Indian state governments and draw on former ambassadors.

“We want to have a platform, a powerful network with connections to community organizations in countries with a significant Indian blue-collar presence,” said Rahul Tulpule, a businessman from Dubai.

“We cannot close our eyes when people ask for help. We want to work hand in hand with missions abroad.

Launch of the ‘Rescuing Every Distressed Indian Overseas’ (REDIO) mission, a unique initiative of @MOPIndia.

Appreciated their efforts to help Indians overseas. Merging the efforts of government and civil society will bring profound relief to our Indian Diaspora. pic.twitter.com/tjDyWe6JPS

In some cases, the group tracked down the agents and made sure they paid for the plane tickets back home.

A recent case concerns Deepak Kumar, 24, who paid 100,000 rupees ($1,340) to a recruitment company in the western Indian state of Gujarat, claiming to recruit sailors for a tanker.

When Mr Kumar and two others landed in the United Arab Emirates in January, the company paid for their hotel stay in Dubai and Sharjah for 10 days, after which all calls to the agent in India went unanswered. response.

“We were in tears, we had no money, we were on the streets,” Mr Kumar said, speaking on the phone from India.

“It was a terrible time, the worst in our lives. We were like beggars without food or shelter.

Community members heard of their plight and put them in touch with the Redio Group who helped with food, accommodation and worked with consular staff to arrange their return to India.

Arriving in India, Mr Kumar lodged a complaint with the local seafarers’ body, only to find that the recruitment company had closed its office and was untraceable.

“I now tell people that they don’t trust agents who are not registered with the government,” said Mr Kumar, who has to pay interest on the loan he took out to pay the recruiter.

“I tell my friends to check government IDs because only if the agent is registered can they be traced and the government can charge them.”

In another case, a group of men held captive in Yemen returned home after 10 months, following the combined efforts of a group of volunteers and Indian officials.

Nilesh Lohar, 27, was on a ship sailing from Oman to Saudi Arabia that got lost in Yemeni waters in February 2020 after an engine problem.

The 20-man crew, made up of Indians and Bangladeshis, was being held by Houthi rebel groups. Armed men confiscated their cell phones, passports and placed them under surveillance in a building in Sanaa.

“We explained we were going to Arabia but they said we were in Yemeni waters without permission,” he said.

The men received little support from their companies and recruitment agencies and it was not until December 2020 that they were able to reach community social workers.

“We had lost all hope. We thought we would die there. We felt the danger, there were explosions regularly at night. We thought we were forever forgotten,” Mr. Lohar said.

He said it was only after contacting Dhanashree Patil, a former Dubai resident who now works with Redio, that their return home was expedited.

The financial impact on workers has been heavy. Mr Lohar’s mother has been diagnosed with cancer and he still has to repay Rs 200,000 which he paid to an agent to secure the job.

Ms. Patil now works in India as the global administrator of Redio and coordinates relief operations.

It helps to organize accommodation, food for people in distress and liaison with diplomatic missions so that they can find agents to pay the sums due to the workers.

Some companies confiscate workers’ passports and the group helps with formalities such as obtaining emergency certificates to leave the country.

“We have to be on alert and constantly monitor the phone. Indeed, when a worker is in difficulty, he does not have regular access to a mobile. They often need help right away.

Redio will campaign to make workers aware of the channels they can approach for help.

The group has established contacts with a network of volunteers in 18 countries, including the United Arab Emirates, Saudi Arabia, Oman, Bahrain, the United Kingdom, the United States, France, Germany, Singapore, Kenya, China and Thailand.