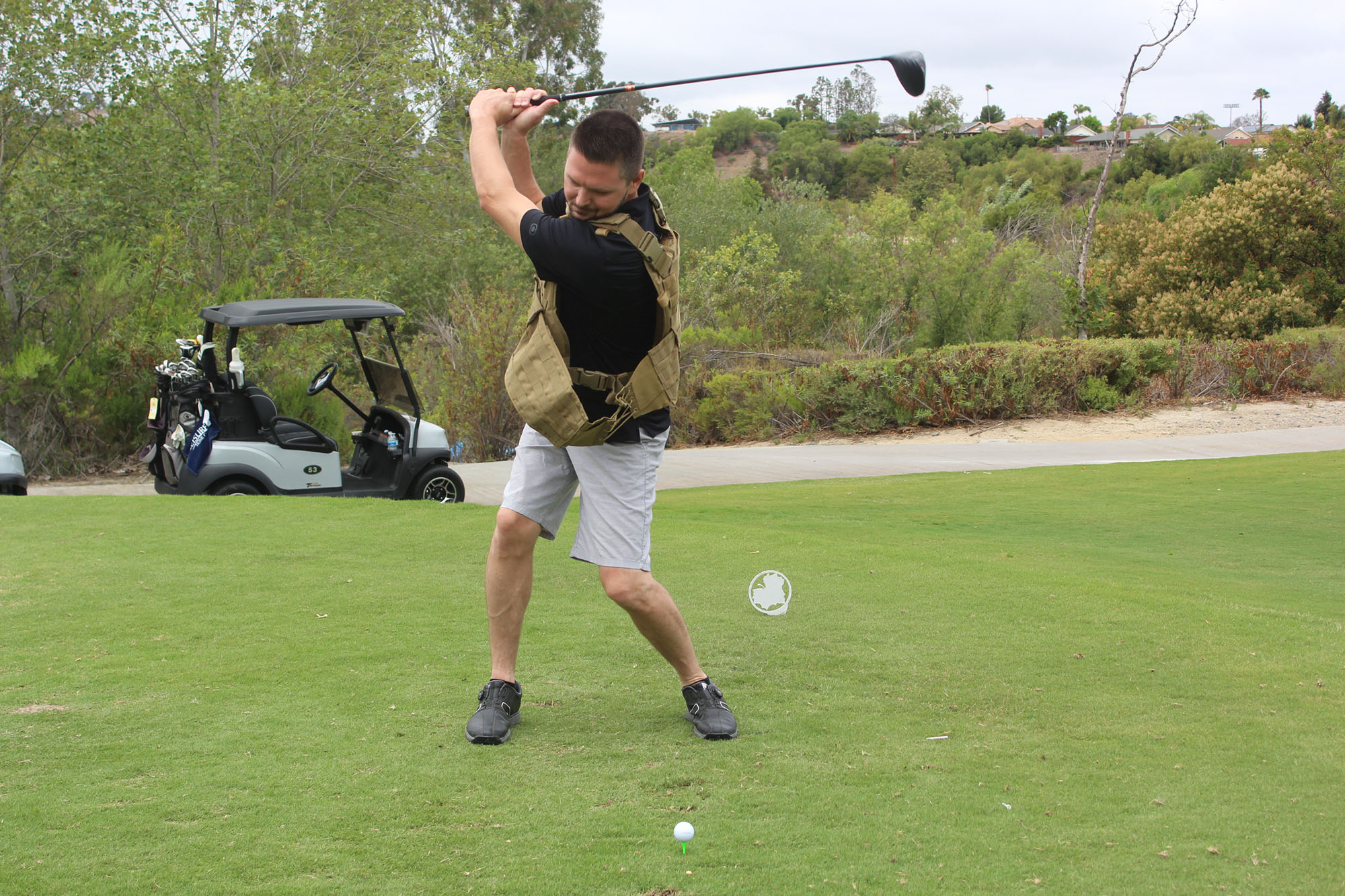 SUPPORT THIS INDEPENDENT JOURNALISM
The article you are about to read comes from our journalists doing their important job – investigating, researching and writing their stories. We want to provide informative and inspiring stories that connect you to the people, issues and opportunities within our community. Journalism requires a lot of resources. Today, our economic model has been interrupted by the pandemic; the vast majority of our advertisers’ activities have been impacted. This is why the PD time now looks to you for financial support. Learn more about our new Insider Program here. Thanks.

Photos and text by Breeana Greenberg

Funds raised from the tournament go to the general support group fund to help with the DPSG’s mission of supporting active duty service members, their families and those who have been injured, said DPSG Director of Community Events Patti Shorts.

A tournament usually consists of 144 golfers; however, the support group allowed an additional 16 golfers to participate thanks to staff at Arroyo Trabuco Golf Club, Short said. The tournament sold out with 160 participants this year.

The scramble-format golf tournament presents unique challenges, such as wearing a helmet and body armor at one of the holes and avoiding “landmines” or facing a penalty shot.

A hole was occupied by volunteers serving cocktails. Coolers filled with water and soft drinks were strewn along the route, but some were trapped. If players opened a cooler that said “kaboom”, then they had to add another penalty stroke. At another hole, golfers had to dodge snipers dressed in ghillie suits.

“The bulletproof vest is one of our favorites because it teaches golfers to be in the right stance because they have so much weight on them they need to keep an eye on the ball,” the former said. Chairman of the DPSG, Mike Lipscombe.

Marines participating in the tournament played for free through the Sponsor a Marine fundraiser.

At 5 p.m., 5th Marine Support Group Dana Point held their helicopter ball, a raffle-style giveaway for prizes. Thirteen hundred numbered golf balls, which participants could purchase for $13 each, were dropped from a helicopter, and the first to land on a hole on the 18th fairway won $2,600.

Since the 13th annual tournament landed on June 13, DPSG has centered its theme around the number 13.

After the tournament and the balls dropped, the support group held a dinner and ceremony, rewarding the winning teams, the longest runs and “closest to the pin”.

Fees for the golf tournament included coffee, golf, lunch and dinner, as well as a bag with a shirt, sunscreen and golf balls.

“Funds are raised to go into our general fund to do a number of things,” Short said. “We support Marines, sailors and family. When they roll out, we’ll wrap goodie packages to send out. »

The support group also organizes baby showers for expecting families, and offers camps and scholarship programs to sponsor children to go to camp and spouses to attend classes, Short said.

“We have events when they are deployed; we usually have a roll-out farewell,” Short said. “As they get ready to get on a bus or a plane, we’ll go out with coffee, snacks, lunches and stuff. And then when they get home, we’ll do a welcome home.

In addition to farewell and welcome home events, the support group hosts a Halloween Trunk or Treat Parade where volunteers dress up and hand out candy to children, as well as a Christmas party where the DPSG distributes gifts to families.

The Combat Golf Tournament is the DPSG’s biggest fundraising event of the year, bringing together many community members, sponsors and Marines for the charity event.

“It’s a community event,” Lipscombe said. “Our sponsors love coming here, they love golfing, they love hanging out with the Marines and asking them questions. … We have a great community that is really supportive of us, which is unique.

As the DPSG begins planning for next year’s Combat Golf Tournament, the Support Group will serve as beer and wine concessionaires at upcoming Dana Point Summer Concerts to continue raising funds to support Marines and their families.

Breeana Greenberg is the city reporter for the Dana Point Times. She graduated from Chapman University with a Bachelor of Arts in English. Prior to joining Picket Fence Media, she worked as a freelance journalist for the Laguna Beach Independent. Breeana can be reached by email at [email protected]

BECOME AN INSIDER TODAY
Trustworthy, accurate and reliable local news is more important than ever. Support our newsroom by making a contribution and becoming a subscriber today.