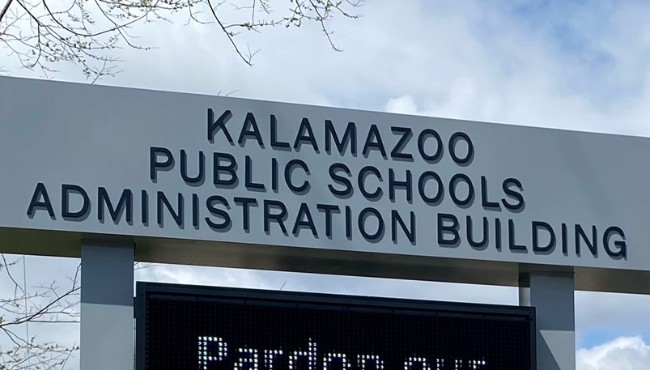 KALAMAZOO, Mich. (WOOD) — Some Kalamazoo Public Schools support staff, including bus drivers, are so fed up with their pay that they are considering quitting.

“Every day we come here to work,” a bus driver told KPS board members on Wednesday evening. “All we ask is a bit of something.”

Another bus driver, Jeremy Freeman, called on the administration to increase driver pay, especially as many live from paycheck to paycheck or worse.

“We need more money. We have bus drivers who are homeless, living in their cars because they can’t afford anything anymore. It’s ridiculous,” Freeman said. “Without support staff…there is no district. Because they need us.

Freeman, a married father of three, has been a bus driver for about 15 years. For six of those years, he said, he had to work a second job. His usual salary is around $40,000 after tax, but there are some important caveats.

The president of the Kalamazoo Support Professionals union group, Joanna Miller, said the pay gaps are not exclusive to bus drivers.

“The parapros (professionals) who have been there for 20 years are earning the same salary as I have been for seven years,” Miller said.

Miller claims the district failed to negotiate in good faith, citing a conversation the district’s human resources manager had with them.

“‘If you want to make more money, become a teacher,'” Miller said, the human resources manager told them. “I don’t want to be a teacher. I love being a school bus driver. And what are you going to do with 295 additional teachers? »

According to the Michigan Education Association, public schools in Kalamazoo currently have approximately 10% to 15% vacancy districtwide. The MEA added that many support staff plan to leave the district this summer, which could double that percentage by the start of the 2022-23 school year.

Kalamazoo Support Professionals is asking the school district to come to the table with a living wage for its support staff, a 5% stake in ESSER funds — the federal COVID-19 relief money — and a health insurance policy inexpensive without an expensive $7,000 deductible.

“Something that suits everyone,” Miller emphasized. “If we had higher wages, more people could afford it and take care of themselves properly.”

The Kalamazoo Education Association, the union primarily representing teachers, is also calling on the district to compensate support staff fairly.

“KEA staff are being offered a premium rate to teach summer school, as we were taught last summer. Why doesn’t KPS offer the same to support staff? asked KEA President Amanda Miller. “Many surrounding districts used the money for staffing and retention bonuses. I fear we will lose more staff if we don’t act quickly on these two issues.

When reached for comment on Friday, a Kalamazoo Public Schools spokesperson said the district was “in the midst of active negotiation, and we do not comment when we are in the midst of these legal proceedings. “.