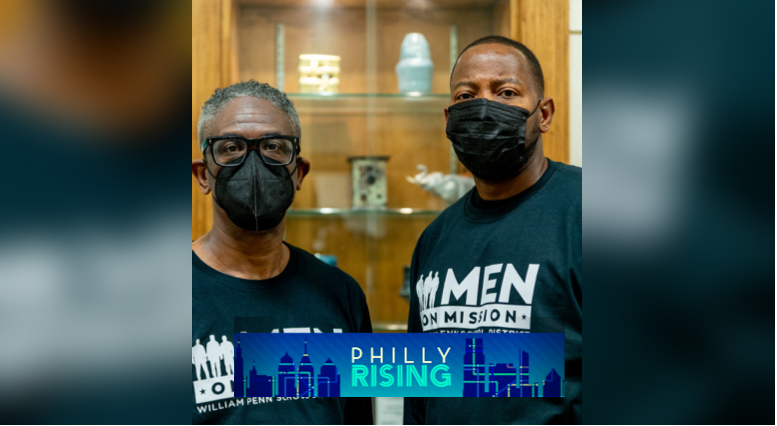 YEADON, PA (KYW Newsradio) — W. Keith Williams II is someone who strongly believes in defending the rights of young people. He works with youth organizations and often speaks in schools, but sometimes he meets young people in the wrong place – a courtroom. Williams is a Delaware County district judge, and he says that through his pro bono work he tries to prevent these encounters.

“In my experience, unfortunately, sometimes kids just don’t have the right direction. They don’t understand the importance of setting goals and having a plan to achieve those goals,” Williams said.

He hopes to help young people find that kind of direction through his volunteer work with an organization called Men on Mission.

“If we could just inspire some kids, support them, encourage them, that would be great. And we will continue to do so,” Williams said.

“We all need to do our part…It’s important that young adults see and hear stories of success.” https://t.co/nsLgLCv8A6https://t.co/P75o20qjx5

Volunteers and school district staff come to school to help create a better environment for students by welcoming them in the hallways, showing their support and encouraging them to focus on learning.

“The program is just an opportunity for men who are from the community, graduates of Penn Wood High School, to show up during the school day, preferably in the morning, to greet the kids to let them know we are interested in their well-being, offer guidance, encouragement,” Williams explained.

Williams, himself, is a graduate of Penn Wood – class of 1983 – and with his help and connections, the program has evolved and grown.

“Students who might be interested in law or business or whatever – they will come, we will sit down and talk with them individually. And it was really productive, because the kids got a chance to relax and ask questions that were key to what they wanted to do in the future,” he said.

The program is always looking for more volunteers to help shape the lives of young people, and Williams said he was able to recruit several new mentors to join.

“I reached out to some of my classmates and people I knew who are actually Penn Wood graduates, who are doing pretty well in their own professions, and they also agreed to come over and talk with the kids. So we kind of created a series of speakers to enlighten, inspire and support kids,” he said.

Williams says he wants to inspire even more people to get involved. He says having an early influence in the lives of young people is essential.

“You know, sometimes in my position as a judge I sit on the other side of the bench, obviously, and while it’s important to me to administer justice fairly and fairly, it’s also important – again more importantly – to try to make sure we get to our children early enough to try to keep them out of the courtroom in the first place,” he said.

“So you need a balanced approach. That’s why I’m part of it. And that’s why I think it’s been so positive and important for our community.