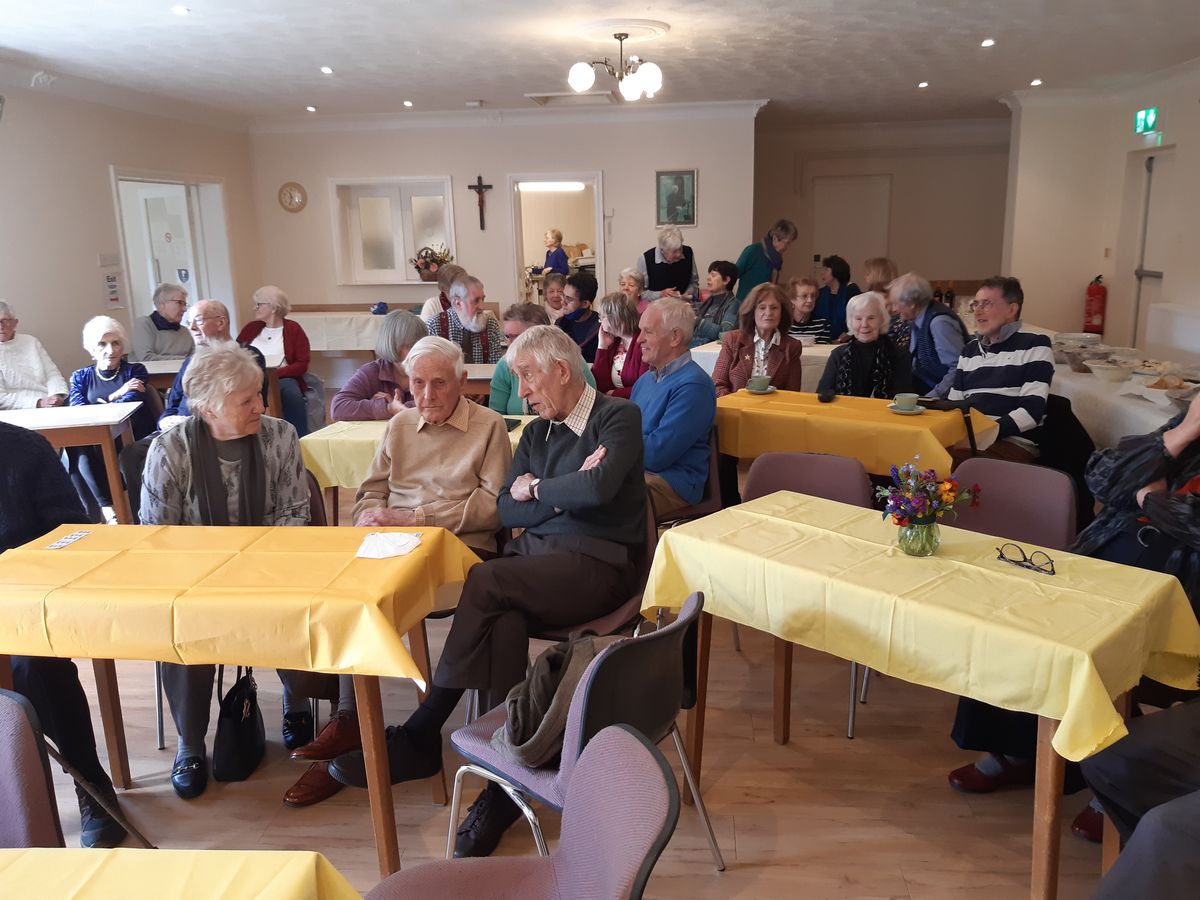 Pauline Goslyn’s husband of 60 years, Howard, shared memories of her and the lives of several former members of the Ludlow Cancer Support Group at a meeting on April 8.

She had been membership secretary and latterly treasurer of the group, and together with her husband had been involved in the Ludlow U3A movement soon after its inception. They were both active in many other bands.

“Howard, her husband of 60 years, has prepared a PowerPoint presentation commemorating Pauline’s life and the lives of several former members of the LCSG.

“Nearly 50 members and guests were in attendance for an event filled with love, laughter and memories, followed by a buffet lunch.”

The chef at Hagley Place Care Home in Foldgate Lane, Ludlow, made a great selection of cakes and scones for LCSG members and guests at Pauline’s party.

He followed Carrie Jahn, customer relations manager at Barchester Healthcare in London, reaching out to the group to offer support. And cakes and refreshments were the result.