Behind the badge, police support staff face backlog and burnout 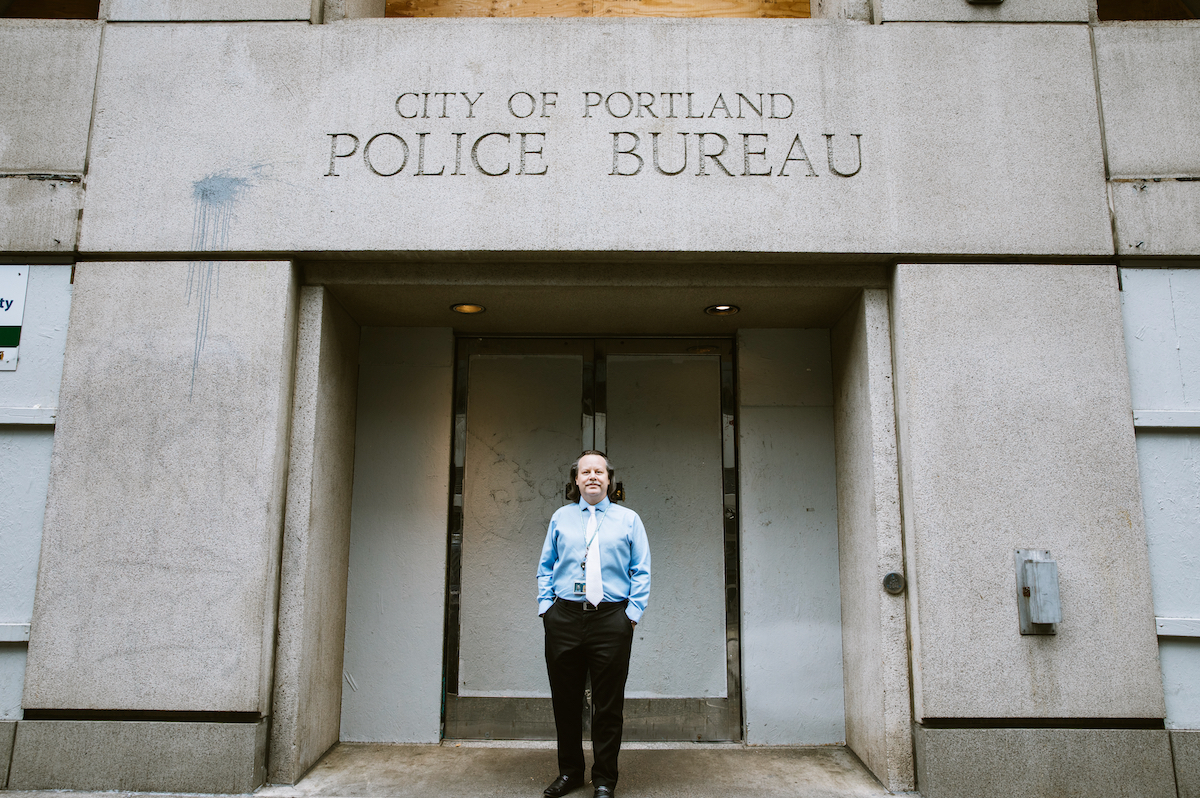 Having trouble recovering a towed car or getting a police report for insurance after a car theft or break-in? There is a reason. The Portland Police Bureau’s Archives Division is operating at barely half its budgeted strength. And workers represented by AFSCME Local 189 who remain face a growing backlog of paperwork and a growing sense of burnout.

The Records Division is responsible for processing all police reports, entering data into police databases, returning towed vehicles to their owners, etc.

The full complement of the division would be approximately 50 document specialists. This year’s budget authorizes 49 full-time equivalent (FTE) positions. But currently the division has only 29.5 FTEs filled, and with several employees on sick leave, the actual staffing is closer to 26.5, says police records training coordinator Mike Bouyear, president of the Portland Police Bureau (PPB) chapter of AFSCME Local 189.

In other words, the Archives Division is operating at just over half staff, even less than a year ago, when the department had 38 out of 50 FTEs, according to City budget documents.

And staffing levels are down even as the total workload is up. Over the past six to eight months, PPB has received between 2,000 and 2,300 stolen vehicle reports per month, Bouyear estimated, the highest level he has seen in 29 years at the office.

For members of the public, that means delays in processing lower-level crime reports. If someone is the victim of a burglary or a wandering car and needs a police report for an insurance claim, it takes longer than before.

“It takes time for us to process it, and it’s a lower priority than things that have to go to court the next day, missing persons, stolen cars,” Bouyear said. “With the shortage that we have, it ends up staying in the backlog, and it may be several months before it’s fully addressed.”

This backlog, which includes partially processed reports, is currently at 60,000 cases, up from less than 4,000 just four years ago.

It has not always been so. In the late 1980s when Bouyear started working for PPB, there were nearly 90 employees in the record division. It was a more paper-based job back then, and with digitization less staff is needed today.

But staff shortages have been a problem for at least several years.

In 2018, then-Chief Danielle Outlaw launched a five-year strategic planning process that included assessing staffing in various departments. At the time, Bouyear had calculated that there were too few records workers to handle their workload and that the records division had a small backlog of reports.

“After a pandemic and people leaving for other jobs, I don’t know what our ratio is right now, but it’s a lot worse, it’s probably 10 times worse,” Bouyear said.

Some days at the height of the pandemic, there were only a handful of employees working.

Several factors contribute to the shortage. Employees are leaving the office for other agencies outside of Portland, due to COVID-19 policies or other reasons, and this is compounded by the difficulty in hiring new workers quickly enough.

It takes nine months to train new recruits in basic work, and another year to fully train them, said Bouyear, who handles training. PPB is also looking to hire public safety support officers and specialists, as well as professional staff in other divisions, all of whom must pass a background check.

“They don’t have enough background investigators for everyone, so this process is a bit slow,” Bouyear said.

The division has been hiring recently, and Bouyear expects the staff-to-workload ratio could improve in a year and a half, due to the training schedule. Work is also underway to further digitize the check-in system, which would save employees time spent retrieving physical documents. It’s ongoing, but with other office priorities, like hiring agents to fill vacancies, it’s not high on the list.

For now, Bouyear says many AFSCME-represented workers in the division are feeling overworked and feeling greater stress. Workers are taking more sick days and Bouyear says there is a lot of burnout.

“People are actively looking for other jobs,” he said. “We are not doing what we wanted to do when we were hired. We don’t serve the public the best we can, so it puts stress on us, not being able to help people the way we want. »